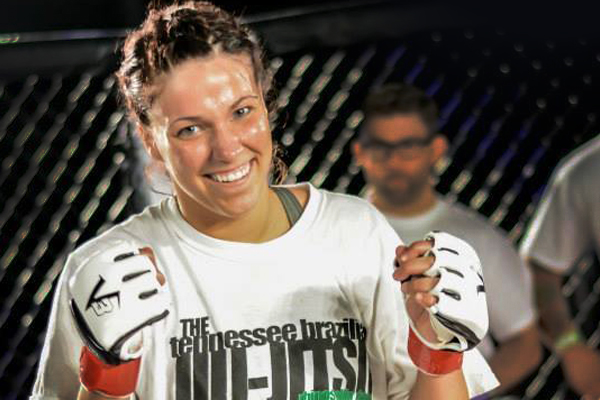 The 23-year-old, dubbed “Little Hands,” is unbeaten as an amateur and will make her pro debut inside the Invicta FC cage.

“I am extremely excited about the opportunity to fight for Invicta FC,” said Rogers. “This opportunity means the world to me because Invicta FC has been established as the largest and most prominent promotion to support all weight classes of women’s MMA.

“Invicta FC is packed full of talented and accomplished fighters, but I am excited to show that I am not afraid to fight these other extremely talented women.”

A product of the Nashville MMA, Rogers has been competing for four years and holds the rank of blue belt in Brazilian Jiu-Jitsu. She’s ready to make her mark on the promotion beginning in 2015.

“I work hard, and I am coming to fight,” declared Rogers before offering a message to her future opponents. “Don’t sell me short because I am new to this venue. You better believe that I am ready to fight, so bring your ‘A’ game!”